“Rock around the clock”

The role of translation in circadian rhythms 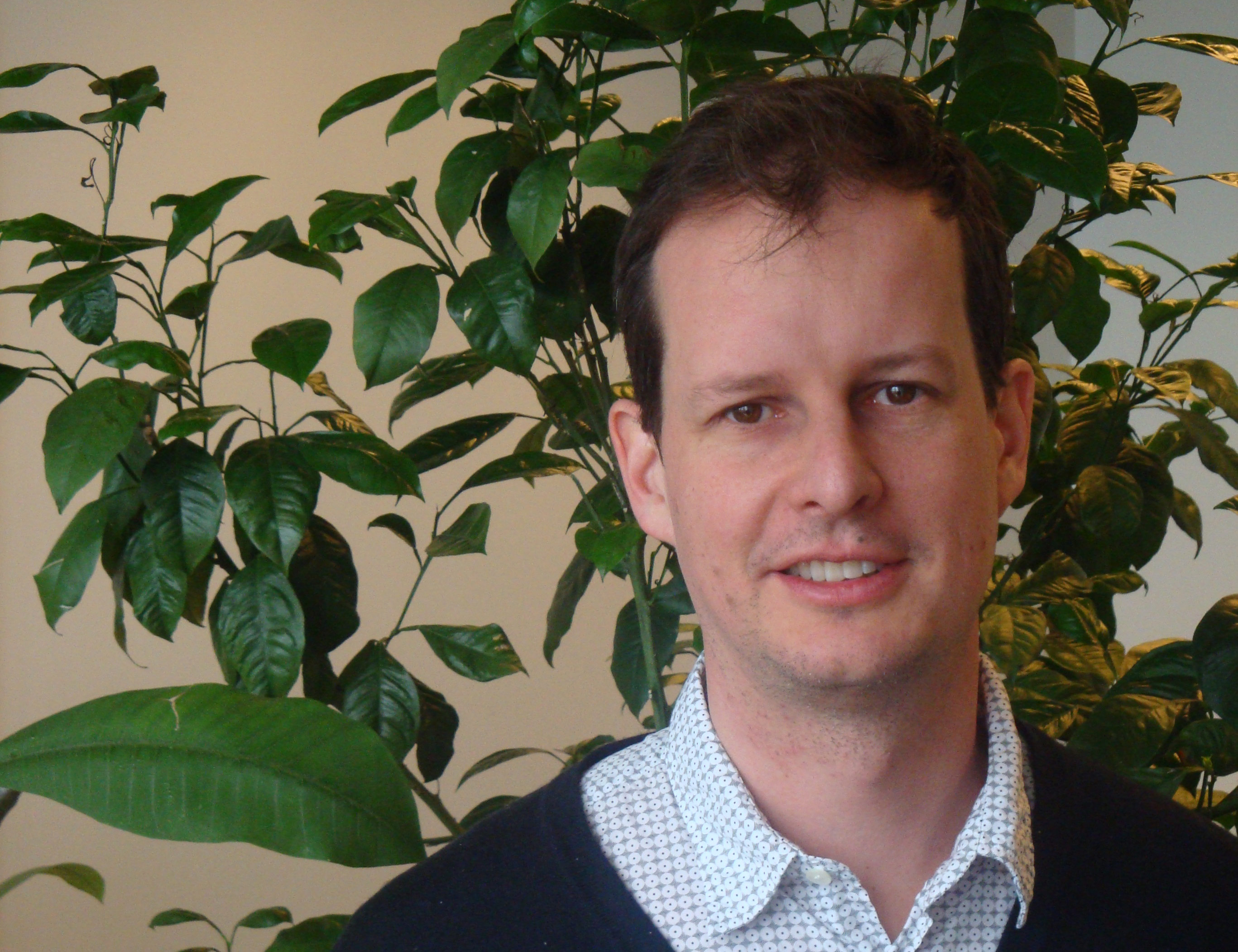 “I have always wanted to go “all the way”, says Prof. David Gatfield: “doing research from the cellular to the systemic level, deep into the physiology and even the behavior of an animal.” As it turns out, unraveling the machinery behind circadian rhythms offers him the opportunity to live his scientific dream. Indeed, in higher animals most vital processes fluctuate during the day in an orderly fashion: a complex process which is only poorly understood. Prof. Gatfield and his team are trying to understand the fundamental role of RNA and translation – considered far too long a default process in chronobiology – in the control of oscillating biological processes.

♬ Slave to the rhythm ♬

– Prof. Gatfield, could you briefly present your research field?

DG: Our research field is chronobiology and the establishment of circadian rhythms in a mammalian system. For a long time it has been thought that our circadian clock resides only in the brain, more specifically in the suprachiasmatic nucleus, from which hormonal and neuronal signals emerge that provoke an all-encompassing rhythmic physiological response in the organism. However, in the mean time it has been demonstrated that virtually all our cells have their own clock machinery. An obvious challenge the organism faces is to synchronize all these separate clocks “around the body “ so to speak, and bring them in unison.

– And what is your specific research topic within this field?

DG: We are interested in the interplay between RNA biology and circadian rhythms. For a long time circadian gene expression has been considered an essentially transcription-driven phenomenon. The rhythm-generating core clock is indeed composed of a network of transcription factors that assemble into negative feedback loops. Also much of the other rhythmic gene expression – the clock controlled genes that are involved, for example, in controlling rhythmic physiology – is driven by rhythmic transcriptional activities. In recent years however it has become clear that there are quite a number of clock-driven processes that cannot be explained by this transcriptional paradigm.

DG: In the liver we observe that hundreds to thousands of genes show oscillations in RNA abundance. As a matter of fact, no less than 50 % of all genes are rhythmically expressed in some organ; this is what John Hogenesch and his team concluded from their recent analysis of 12 mouse organs. These rhythms thus show unique patterns: the genes that are oscillating in the kidney are different from those oscillating in the heart. But as far as we know, the core clock is rather similar across all organs. It is quite likely that post-transcriptional mechanisms contribute to defining which RNAs accumulate in a rhythmic fashion in a given organ, for example through tissue-specific control of RNA stability. A very stable RNA will not accumulate rhythmically even if its transcription is rhythmic.

– But I could still argue that RNA oscillation is the result from transcriptional activity, no?

– Now, you’ve made me curious.

DG: The overlap is disappointingly small: many oscillations at the RNA level are not transcriptionally generated and cannot be explained by this classical paradigm. The same holds true for proteins: proteomic studies around the clock have demonstrated that a lot of rhythmic proteins are translated from non-rhythmic mRNAs.

Unraveling the role of RNA in circadian rhythms

DG: In trying to understand the role of translation in circadian rhythms, we have used the technique of ribosome profiling, developed in 2009 by the group of Jonathan Weismann at the University of California, San Francisco. Ribosome profiling is a high-throughput technique that actually sequences the footprints of ribosomes on mRNAs and provides information on which messengers are being actively translated in the cell, at a given moment. When done in parallel with RNAseq, it is possible to determine the ratio between the ribosome footprints and the transcript abundance, allowing to determine relative translation efficiencies for any given mRNA. Our group was among the first to use this ribosome foot-printing technology on entire organs. We have determined ribosome occupancy of liver mRNA species in mice over a 48 hour period, taking 2 hour samples. We actually found 150 cases where rhythmic translation occurred on non-rhythmic mRNAs, and we confirmed for some paradigmatic cases that this indeed gave rise to protein rhythms.

DG: Exactly. At present, we are trying to disentangle this phenomenon at the molecular level.

– You found 150 mRNAs that are translated in an oscillatory manner. Which proteins are encoded by these mRNAs?

DG: The largest group, something like 40-50 of these 150 proteins, is actually related to translation itself and to ribosome biogenesis, such as ribosomal proteins and translation initiation factors. For a number of these cases, rhythmic translation has been observed before, in the pre-ribosome profiling era, by the group of my colleague Frédéric Gachon. Among the 100 or so other rhythmic translation events, we have detected some interesting transcription factors, some of which are involved in cell cycle control. And then there is a second prominent group of genes involved in iron metabolism. At present, these are the genes we are scrutinizing.

DG: Interestingly, mRNAs encoding proteins that are involved in iron metabolism contain an iron-responsive element (IRE): a short conserved stem-loop structure in the 5-prime untranslated region, which is bound or unbound by iron-responsive proteins according to iron availability. This IRE is a translational key element that is part of an autoregulatory mechanism. For example, when excess iron is available, more iron storage proteins are produced. On the other hand, when iron concentration is low, these iron-responsive proteins bind the IRE and cause reduced translation rates of specific mRNAs. Also other factors are possibly involved in this translational regulation of iron metabolism in the liver, such as oxygen and nitric oxide. So, at present, we are interested in understanding which of these components is actually rhythmic. Is it the bioactive iron itself or the rhythmic availability of food or is it maybe oxygen?  – keep in mind that mitochondrial respiratory activity in the liver appears to be rhythmic, staying tuned with the oscillating metabolic activities which are so characteristic for this organ.

– Could one say that some of your RNA work is leading you into the field of iron homeostasis and metabolism?

DG: Yes, definitively. At present, we are preparing to use a bioluminescence method – recently developed by Ueli Schibler’s team, at the University of Geneva – that allows the imaging of gene expression in the liver of free running mice, by measuring the activity of a luciferase reporter gene in a Biolumicorder cage. This will hopefully allow us to follow rhythmic translational responses in vivo and observe how the liver clock responds to different conditions, such as feeding conditions, iron in excess or limiting, etc.

– What is the dynamic range of translation of liver mRNAs?

DG: The dynamic spectrum of translational efficiency of 95 % of liver transcripts falls within a circa 10-fold range. Actually, we observed that a class of regulatory elements in the 5-prime UTR – the upstream open reading frames (ORFs): short translated stretches of typically 10-20 amino acids – correlates with translational efficiency. We could demonstrate that whenever we observed 5-prime upstream ORF footprints, the corresponding mRNA had low translation efficiency.

– Are these ORFs translated into functional peptides?

DG: In a few cases, these 5-prime ORFs might be translated into functional peptides, but in most cases their translation most likely serves only a regulatory function: it’s probably not the peptide per se that is important, but merely the fact of translating it.

– And how would this constitute a translational control mechanism?

DG: There are probably several mechanisms that may come together and this is really a field of active research. The easiest model that one can envision is that these 5-prime ORFs can compete out ribosomes and diminish translation on the main coding sequence of mRNAs. These ORFs are poorly conserved at the sequence level and many of them actually do not even initiate with an AUG initiation codon but with near cognate start codons, such as CUG, GUG or UUG – which makes them very difficult to annotate. Interestingly, we have observed that core clock genes possess such 5-prime ORFs. Recently, we have constructed transgenic mice in which the AUG start codon of a 5-prime ORF is mutated to a UUG codon in one of the core clock genes, thereby abolishing translation of this 5-prime ORF. We observed that destroying the translatability of this ORF has a profound effect on circadian rhythms in cells, leading to a period that is lengthened by 1- 2 hours.

DG: I agree. At present, we are trying to find out whether such mutations in the 5-prime ORF of core clock genes have an impact on the behavior of these mice. One could imagine that these animals might have a different circadian rhythm than their wild type littermates. Ask me again in about 6 months or a year or so: we’ll see if our hypothesis was right.