“Did you sleep well, last night?”

Unraveling the mechanisms that control sleep 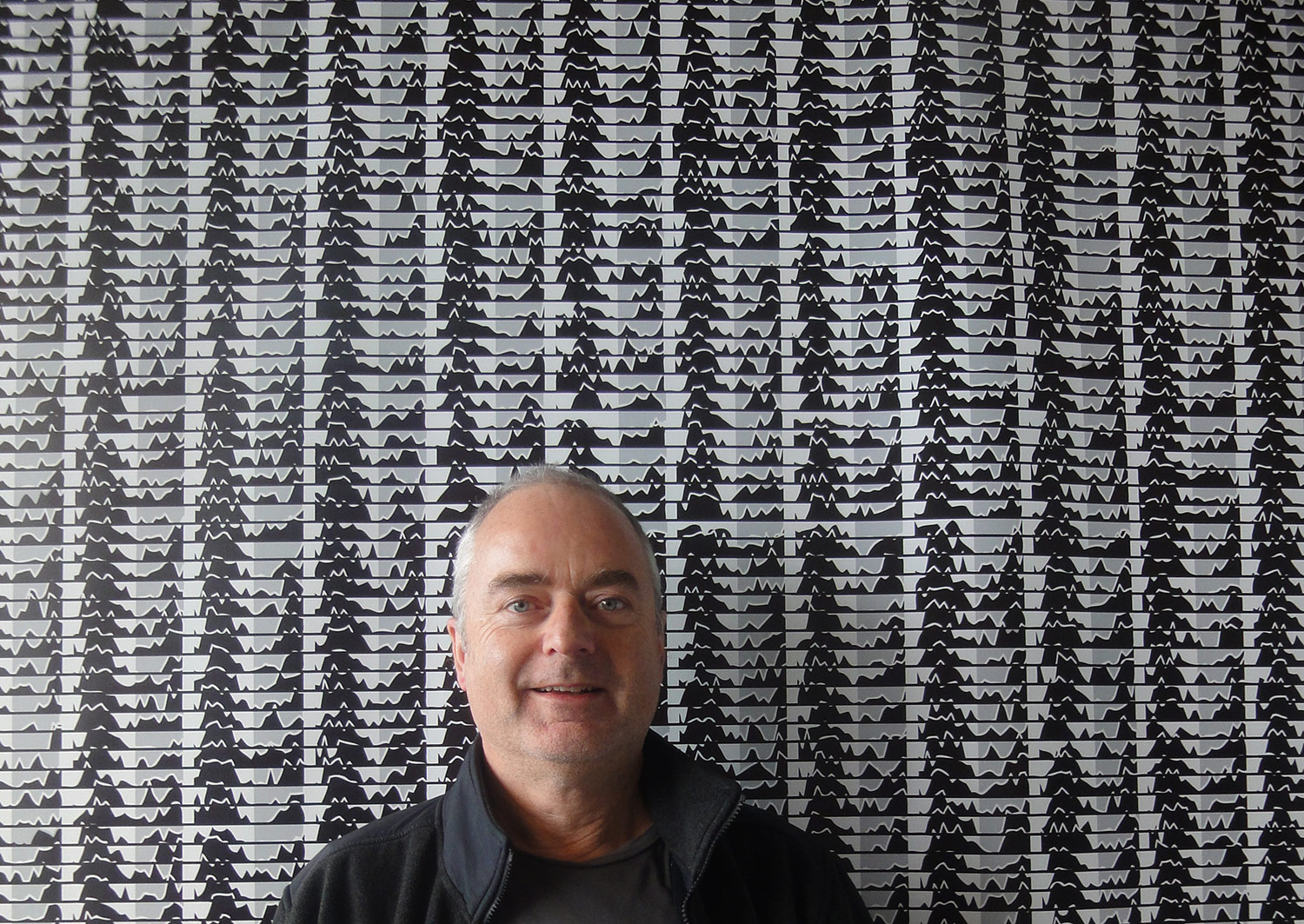 We, humans, spend no less than one third of our lives sleeping. Apparently our brain needs to go periodically “off-line” and disconnect from reality during several hours a day in order to function properly. Indeed, the consequences of severe sleep deprivation are devastating and very soon lead to another state of lesser consciousness: death. Consequently, it is only legitimate to assume that sleep must serve some vital function(s). In search for answers, Prof. Paul Franken and his team are trying to unravel the mechanisms that control sleep.

“Dreaming permits each and every one of us to be quietly and safely insane every night of our lives.”

– Prof. Franken, what is your research topic?

PF: Our main field of interest is sleep homeostasis, trying to understand what drives this regulatory process that has such a dramatic impact on our behavior. At present, we are identifying the genes and molecular pathways involved: a somewhat reductionist approach as it seems, which however should be seen as part of understanding sleep homeostasis from a broader, physiological and behavioral perspective. We try to never lose the grand picture, so to speak.

– Do all animals with a central nervous system sleep?

PF: Yes, all animals studied thus far in this context sleep, from fruit flies to Homo sapiens. Now, the fact that you observe sleep in all animals that possess a functional brain or a central nervous system, immediately raises the important question as to what functions it serves.

– Sponges do not sleep, I assume?

PF: I guess not, but beware of all too rapid conclusions: some Cnidarians, such as the box jellyfish, happen to have multiple eyes and, although they do not have a brain, there is information processing going on in these animals, requiring more or less complex wiring. Some researchers have actually suggested that box jellyfish do sleep. This could mean that something lesser than a brain or a central nervous system might have to go periodically “off-line” to assure its proper functioning.

– How would you define “sleep”?

PF: There are several criteria, amongst which the homeostatic aspect is widely accepted as part of defining the condition “sleep”: if you deprive an animal of its sleep, it will sleep more afterwards – a physiologically relevant compensation, allowing the animal to return to “normality”. Apart from that, behavioral definitions can be used – for example, already in the fruit fly, nearly all studies rely on whole body movements to define sleep as a behavior –, but in our group we rely on electro-encephalogram (EEG) and electromyography (EMG) – to measure brain activity and muscle tone, respectively – to analyze the sleep-wake behavior of an animal.

Sleep is indispensable for proper functioning, but…

– How long can a human being survive without sleep?

PF: In 1964, Randy Gardner, a high school student, stayed awake for 11 days, under scientific and medical supervision, and holds the record for the longest period a human being has stayed intentionally without sleep, not using stimulants of any kind.

PF: At the end he was hallucinating and could no longer function properly. But also in far less dramatic circumstances sleep deprivation is linked to physiological and cognitive dysfunction.

– Eventually one dies, I assume?

PF: Yes: rats die after 21 days of sleep deprivation. They have multiple ulcers and sepsis and eventually their metabolism and body temperature regulation goes out of control. When that happens, the animal cannot be rescued anymore. However, if the animals are allowed to sleep shortly before this pathological stage is reached, they recover. The physiological relevance of these observations still remains a mystery.

– One of your research projects deals with studying sleep loss in mice?

PF: Correct, we have sleep-deprived mice of 33 different genetic backgrounds for 6 hours – which is still within a physiological range – and analyzed their physiological response through a combination of genetic, transcriptome and metabolome profiling. Such an experimental approach allows us to disentangle the molecular pathways and circuits involved in sleep deprivation and tackle questions like “Which molecular circuitries are activated?” and “What is the impact of genetic background?” and “How does sleep deprivation influence the blood metabolome?” In this manner, we have identified signaling pathways that are activated through sleep loss. Furthermore, we provide evidence that disturbed sleep is linked to a dysregulation of several metabolic processes that can result in obesity. It is important to notice that the extent of this dysregulation depends on the genetic background of the animal.

… why we sleep remains elusive

– When William Dement, a pioneer in the field, was asked – after 50 years of research, by the way – why we need to sleep, he answered somewhat laconically: « As far as I know, the only reason we need to sleep that is really, really solid is because we get sleepy. »

PF: This quote illustrates perfectly how fragmentary our knowledge is on one of the most characteristic behaviors in the animal world, and the fact that so many hypotheses are put forward – most of them heavily debated – to explain the function of sleep, reflects our incomplete understanding of the subject.

– Allow me to give it a try: Prof. Franken, why do we sleep?

PF: (laughs) First of all, it is important to note that “sleep” is not just “sleep”. Sleep is a behavior that comprises several, clearly distinguishable states, each identifiable through a characteristic pattern of brain activity. For example, REM sleep (rapid eye movement) in humans is characterized by brain waves and metabolic activity comparable to being awake. It is important to realize that REM sleep serves a particular function, which can be different from the functions of non-REM sleep. I cannot stress this multi-functional aspect of sleep enough. Consequently, it is most probably incorrect to define “sleep” as one particular state which serves one particular function.

– Could you comment on some of those theories that try to explain why we sleep?

PF: One hypothesis states that the function of sleep is to downscale synaptic strength and restore synaptic homeostasis. The dynamics of synaptic strengthening – while awake and subsequent downscaling during sleep – seems to follow the dynamics of waxing and waning of EEG slow wave activity during non REM sleep, a phenomenon which many researchers are using as a proxy for the sleep homeostat. These slow waves, which appear as oscillations between 0,5 and 4,5 Herz on an EEG, synchronize the cerebral cortex: they are maximal at the beginning of sleep and progressively decline, eventually returning to a baseline level.

– What would be the purpose of downscaling synaptic strength?

PF: When being awake, synaptic homeostasis is challenged by synaptic strengthening which reduces the selectivity of neuronal responses and saturates our ability to learn. There exists a threshold to the amount of new neuronal connections that can be established and sustained. Or in simple terms: there is a limit to “how much your brain can take”. By renormalizing synaptic strength, sleep reduces the burden of plasticity on neurons and other cells, while restoring neuronal selectivity and the ability to learn.

PF: A couple of years ago, a theory has been put forward by a Danish neuroscientist, Maaiken Niedergaard, who formulated the so called “waste hypothesis”. She discovered that during sleep, the volume of most neurons is reduced by 40 – 50 %, whilst at the same time the volume of the interstitial space is increased. She postulates that, because of this happening during sleep, the brain is more efficient at flushing out potentially neurotoxic metabolic waste products that accumulate in the awake central nervous system and as such keeps itself protected from molecules associated with neurodegeneration. According to this hypothesis, sleep would serve a critical function in ensuring metabolic homeostasis.

PF: One of the key questions in understanding sleep homeostasis is “What changes the longer we are awake?” It is obvious that “something” is built up that creates a drive towards restoring the situation as it was before: a homeostatic need. Through our experiments, we have obtained evidence that circadian clock genes play a fundamental role in this process.

PF: We have demonstrated that loss-of-function mutations in circadian clock genes interfere with an appropriate response to sleep loss, thereby strongly suggesting that some neuronal circuitries are shared by circadian clock- and homeostatic pathways. This is one of the central concepts of our research work. At present, we are in the process of characterizing those genes that are implicated in the control of both circadian rhythms and sleep homeostasis.

– How do you envision such a mechanistic link between circadian rhythms and sleep homeostasis at the cellular or physiological level?

PF: There exists a central pace-maker in the brain, the suprachiasmatic nucleus, which signals to the body what time of day it is. In this SCN, clock gene expression is linked to the light-dark cycle and as such strictly circadian. On the other hand, peripheral tissues – that is to say: every cell outside the SCN – can likewise generate circadian rhythms independently of the SCN. What I have come to believe is that in the extra SCN-clocks these rhythms are not used as a clock per se, but to signal “time spent awake”.

– So the same molecular circuitry can be used to signal “time of day” and “time spent awake”?

PF: Exactly. And my working hypothesis is that metabolism plays an important role in generating circadian rhythms in these peripheral tissues. I believe that being awake imposes a burden upon neurons, resulting in a metabolic imbalance that is registered by circadian clock proteins. They function as sensors that can register metabolic needs and are capable of “calculating” how long an individual has been awake or asleep and alert the central nervous system that appropriate actions are to be taken: going to bed or waking up.

– What is your experimental approach?

PF: Presently, we are studying circadian clock gene expression in a freely moving animal, by using a luciferase reporter gene that permits us to accurately quantify bioluminescence in vivo. To that end, we use a so-called Biolumicorder cage, essentially a dark chamber that is equipped with an ultra-sensitive light detector. For example, we have shown that the spatiotemporal expression profile of a circadian clock gene – in this case, the Period2 gene – is both very subtle and sensitive and changes in relation to the sleep-wake cycle of the animal. Such an experimental approach allows us to interrogate the circadian clock gene response towards, for example, a lesion in the SCN that renders the animal arrhythmic. We can restore the sleep-wake cycle and observe whether a circadian clock gene cyclic response can be re-initialized.