Bernard Thorens, Professor, received his PhD from the University of Geneva. He did a postdoctoral fellowship at the Whitehead Institute for Biomedical Research in Cambridge (USA) in the laboratory of Harvey F. Lodish. He came back to Switzerland to take a Career Development award from the Swiss National Science Foundation and to establish his laboratory at the Department of Pharmacology and Toxicology of the UNIL.  He joined the Center for Integrative Genomics in 2005. His work on the molecular physiology of energy homeostasis has been recognized by several awards, including the Max Cloëtta Award, the Albert Renold award and the Claude Bernard award of the European Association for the Study of Diabetes. His work has been supported by several Swiss and European grants, including European Research Council Advanced Research Grants; he coordinates Innovative Medicine Initiative Grants from the EU. He seats on the Research Council of the Swiss National Science Foundation. 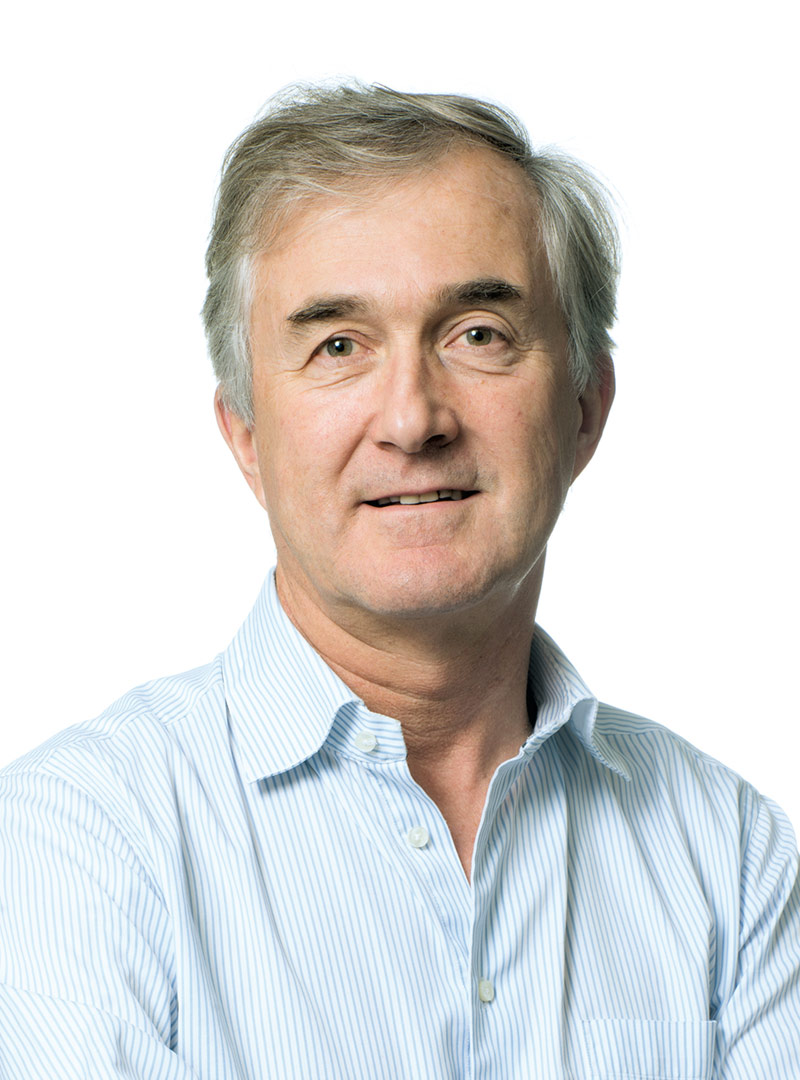 Glucose is an important source of metabolic energy for all cell types and is essential for brain activity. Multiple mechanisms have evolved to maintain blood glucose concentrations at ~5 mM. Below this glycemic level the flux of glucose to the brain is not sufficient to sustain normal brain function. On the other hand, exaggerated and uncontrolled elevations of glycemia above this concentration define diabetes, a disease causing multiple secondary, life-threatening complications. Maintaining euglycemia depends on multiple hormonal and neuronal signals to control endogenous glucose utilization and glucose production; these signals also control feeding, in particular glucose-seeking behavior. Two hormones play a major role in gluco-regulation: insulin produced by pancreatic beta-cells, which stimulates glucose uptake and utilization, and glucagon secreted by pancreatic alpha-cells, which induces endogenous glucose production to restore normoglycemia. The secretory activity of pancreatic endocrine cells is controlled by endogenous glucose sensing mechanisms. It is also controlled by both branches of the autonomic nervous system, which are activated by glucose sensing neurons of the central nervous system.

We are investigating the glucose sensing mechanisms that control insulin and glucagon secretion as well as feeding behavior through studies of pancreatic alpha and beta-cells cells and of brain glucose responsive neurons, as well as the interactions between these cell types.

A major goal of current diabetes research is to identify genes and pathways in pancreatic beta-cells that control their functional adaptation to metabolic challenges, such as energy-rich diets or insulin resistance of obesity, pregnancy, or ageing. We performed a Systems Biology investigation of beta-cell adaptation to metabolic stress using mice with different genetic backgrounds and metabolic adaptation to a high fat diet. We obtained extensive glucose homeostasis phenotypes as well as islet transcriptomic (RNASeq) and plasma lipidomic data. Bioinformatic analysis of transcriptome-phenotype correlations identified several new genes and pathways controlling beta-cell function. A new gene (Elovl2) was identified as a regulator of lipid metabolism and insulin secretion (Cruciani-Guglielmacci et al., 2017). We are pursuing the investigation of additional genes, including a new beta-cell transcription factor. Initial studies using mice with beta-cell-specific inactivation of this gene demonstrate its role in the control of beta-cell mass.

These studies have also led to the identification of plasma sphingolipids as biomarker candidates for the development of pre-diabetes in mice and humans (Wigger et al., 2017). Ongoing studies are aimed at generating a global model of organ interactions in the development of pre-diabetes based on plasma lipidomic and phenotypic data together with RNASeq data from liver, fat, muscle and pancreatic islets.

We have previously demonstrated that neurons of the nucleus tractus solitarius (a brainstem nucleus), which express the glucose transporter Glut2, are activated hypoglycemia and control the activity of the vagal nerve to stimulate glucagon secretion (Lamy et al., 2014). This was the first direct demonstration of a pathway between hypoglycemia-activated neurons and the stimulation of the counterregulatory response to hypoglycemia.

Available evidence indicates that the vagal nerve can be controlled by additional glucose sensing cells. We searched for novel glucoregulatory mechanisms by screening a panel of recombinant inbred (BXD) mice for neuroglucopenia-induced glucagon secretion. QTL analysis coupled to transcriptomic analysis of hypothalamus from the same mice identified FGF15 as a new regulator of glucagon secretion. FGF15 expression defines a novel class of neurons present in the dorsomedial hypothalamus and the perifornical area. We showed that FGF15 controls the activity of the vagal nerve in response to hypoglycemia (Picard et al., 2016). These FGF15 neurons are being fully characterized using a new mouse model (Fgf15-Cre mice). New screens of BXD mice are ongoing to identify additional response mechanisms to insulin-induced hypoglycemia.

Glucokinase is thought to participate in the glucose responsiveness of neurons. To test this hypothesis, we generated mice with conditional inactivation of Gck in neurons of the ventromedial nucleus of the hypothalamus. These mice displayed impaired glucagon secretion in response to hypoglycemia and increased white fat mass as well as suppressed regulation of the autonomous nervous activity in response to neuroglucopenia (Steinbusch et al., 2016). We are investigating the basis for the observed deregulation and are assessing the role of Gck in glucose sensing in neurons found in other brain nuclei and also in pancreatic alpha cells.

Mice lacking Glut2 in the nervous system displayed higher sucrose intake than control mice suggesting a role of Glut2-dependent glucose sensing in feeding behavior. We identified a group of Glut2 neurons of the paraventricular nucleus of the thalamus, which send projections to the nucleus accumbens (involved in motivated behavior). These neurons are activated by hypoglycemia, and their activation by optogenetics or inactivation of Glut2, increased motivated sucrose-seeking behavior by stimulating neurons in the accumbens (Labouebe et al., 2016). These results define a novel glucose sensing neuronal circuit that has a dominant role in the search for glucose-containing food. We are now investigating the role of this neuronal circuit in various aspects of feeding behavior as well as in anxiety and depression.